Asylum is not a Loophole–But What is it, Exactly? 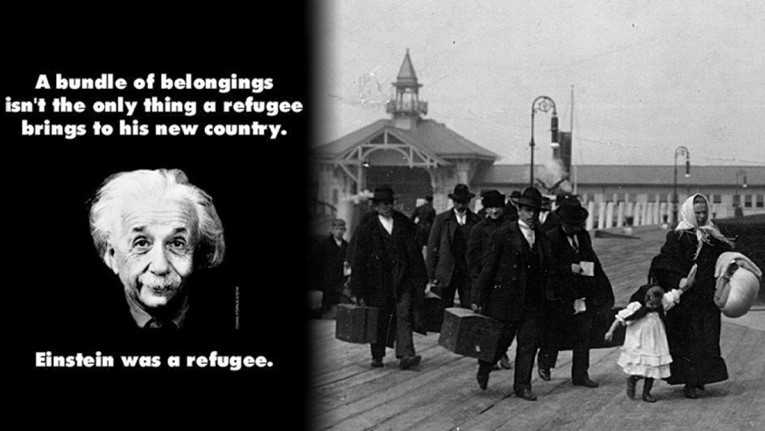 Today’s news stream is filled with images of asylum seekers seeking protection in the United States—including the now-iconic Honduran girl, crying for her mother’s arms.  But what, exactly, is this “asylum” they seek?  The short answer is: it’s the law.  As a legal field, asylum can be very complex, but it’s no “loophole.”  Instead, it is a historic form of legal protection, that has existed in this country for almost four decades.

Asylum is a Legal Status that Can Be Converted to a Green Card.

Under Section 208, the U.S. “Immigration and Nationality Act” (or, “I.N.A.”, as abbreviated) allows for applicants who meet the definition of “refugee” to be granted asylum.  But the INA contains many limits on which refugees can obtain the coveted “asylum” status.  First, the applicant must apply within one year of their latest arrival in the United States.  Some (but not all) deportation orders will disqualify an asylum seeker.  Also, they cannot have a serious criminal background—which is defined in section 208–cannot be a terrorist or someone who has provided “material support” to a terrorist, and cannot, themselves, have persecuted others.

So, what is asylum?  It’s a form of legal status.  “Asylum” means automatic employment authorization, the right to remain in the US indefinitely (so long as the asylee does not become a national security risk or commit any “deportable” crimes under INA section 237), and the right to apply for a green card after one year.  It also includes a “derivative” status right for the asylee’s spouse and minor children.

Who is a “Refugee”, and Who Decides?

The INA defines “refugee” in a statute passed by Congress in 1980.  The definition is very broad and (sometimes) ambiguous, and the decision of whether a particular person’s story makes them a “refugee” has to be made in every individual case.  The same definition of “refugee” applies to both children and adults. It is found at INA Section 101(a)(42)(A), which describes someone outside of their home country, who fears “persecution… on account of race, religion, nationality, membership in a particular social group, or political opinion.”

The statute is not the end of the story, though—it is interpreted by literally hundreds and hundreds of judicial decisions, also called “case law”.  It is the job of the adjudicator to take the statute and the cases that must be followed in their jurisdiction, and apply those to the individual story of the asylum seeker. Refugee determinations are made by either immigration judges or asylum officers, The adjudicator also determines whether the asylum seeker is telling the truth, and whether they have sufficiently documented their case.

Where did Refugee Law Originate?

In 1968, the United States became an official signatory to a major United Nations treaty called the Protocol relating to Refugee Status.  In effect, this was a promise to the international community that the US would not deport anyone entitled to protection under the 1951 UN Refugee Convention.  The US definition of “refugee” tracks the treaty definition.  This definition was formed over many years, by numerous different countries, in the aftermath of World War II.  In July, 1951, 26 State delegates met in Geneva, where the final version of the Refugee Convention was negotiated.  One incentive of these “Plenipotentiaires” was to condemn the sort of persecution conducted by the Nazis.  In his 1985 article “Who is a Refugee”, Oxford scholar Andrew Shacknove characterizes the refugee definition as international acceptance that “a bond of trust, loyalty, protection and assistance between the citizen and the state…[is the] normal basis of society”.  The Refugee Convention now has 145 State signatories.

Does Entering without Permission Disqualify an Asylum Seeker?

Emphatically, NO.  Nothing in US law forbids a grant of asylum status due to a single act of crossing the border.  In fact, Article 31(1) of the Refugee Convention specifically says that “States shall not impose penalties, on account of their illegal entry or presence, on refugees who, coming directly from a territory where their life or freedom was threatened…, enter or are present in their territory without authorization, provided they present themselves without delay to the authorities and show good cause for their illegal entry or presence.”  By ratifying its Protocol, the US has promised the international community that we will follow this article of the Refugee Convcntion.  So, when bona fide asylum seekers are criminally prosecuted, the US is violating international law.

Not every person whose life is in danger—even severe danger—will automatically meet the refugee definition.   Each individual applicant has to convince the adjudicator that they fear persecution “on account of” one or more protected grounds.  And, under the case law, if the persecutor is a private actor, the government must be “unwilling or unable” to control them.

The case law applicable to Central American refugees is varied and complex, but—even now–adjudicators can and do find that some applicants meet the refugee definition.  To win asylum, the applicant must truthfully prove they are likely to be persecuted “on account of” the grounds they claim.  For example, an applicant fearing family-based persecution must present convincing evidence that, as a family member, they were threatened or attacked.  They must also have country-conditions evidence (ideally, an expert) proving that the group they fear targets families as a practice; and, finally, that the group is not effectively controlled by the government.

Sessions has now issued Matter of A-B-, which strongly discourages asylum for victims of “private” persecution, and overrules a decision that granted refugee status to “married women in Guatemala who are unable to leave their relationship.”  But A-B- does not forbid refugee protection to either of these groups.  The decision will certainly be challenged, and it remains to be seen how courts will interpret Sessions’ directive in light of long-standing decisions in higher courts.  The seminal Supreme Court case is still INS v. Cardoza-Fonseca, which grants asylum when the record shows a “reasonable likelihood” of persecution.