Triche Immigration Appeals is a sole proprietorship under Dr. Alicia Triche, a licensed U.S. immigration attorney. Our office is focused solely on legal research and writing. We offer direct legal representation for clients facing US immigration appeals, and á la carte services for U.S. attorneys. Our physical offices are located in Memphis, Tennessee, but Dr. Triche’s Maryland law license allows for the practice of immigration law throughout the United States. All hiring is done through the consultation process, and both consultations and office visits are by appointment only.

To request a consultation, call or text our case manager, Ms. Clara Ospina White, at (901) 654-6821. We do NOT accept calls from detention facilities, but we are available for hire by detainees if arrangements are made timely before the relevant deadlines. 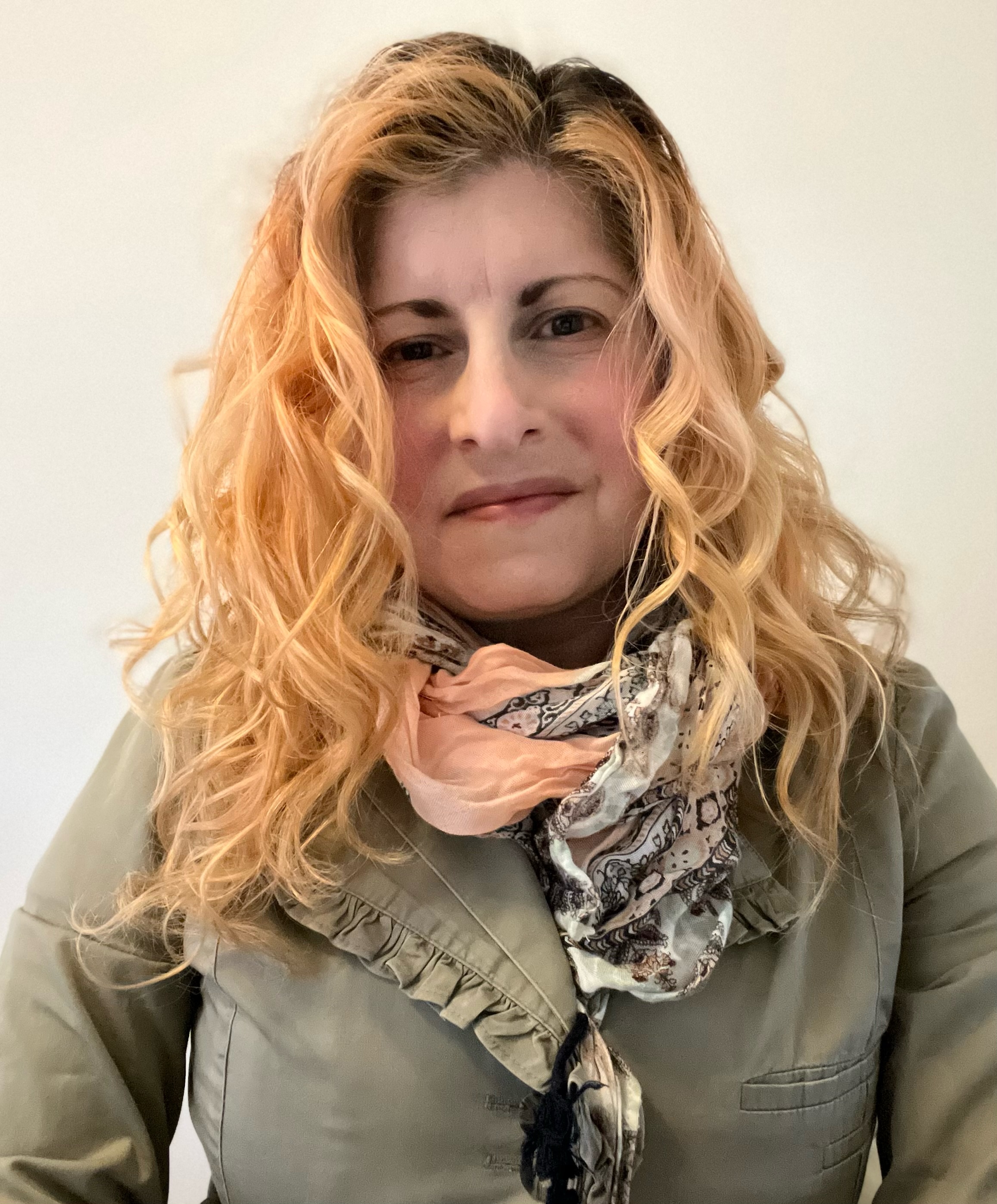 Dr. Alicia Triche at her Memphis offices in January, 2023.

Triche Immigration Appeals is pleased to offer a wide array of services for attorneys who wish to provide quality legal research and writing to their clients. Dr. Triche has extensive experience writing for fellow attorneys, and references are available upon request. Various services are available, ranging from research only to provision of full drafts. If you are an attorney, complimentary inquiries can be made to DrTriche@TricheImmigrationAppeals.com. Telephonic inquiries about services will be charged at a rate of $50 per hour. 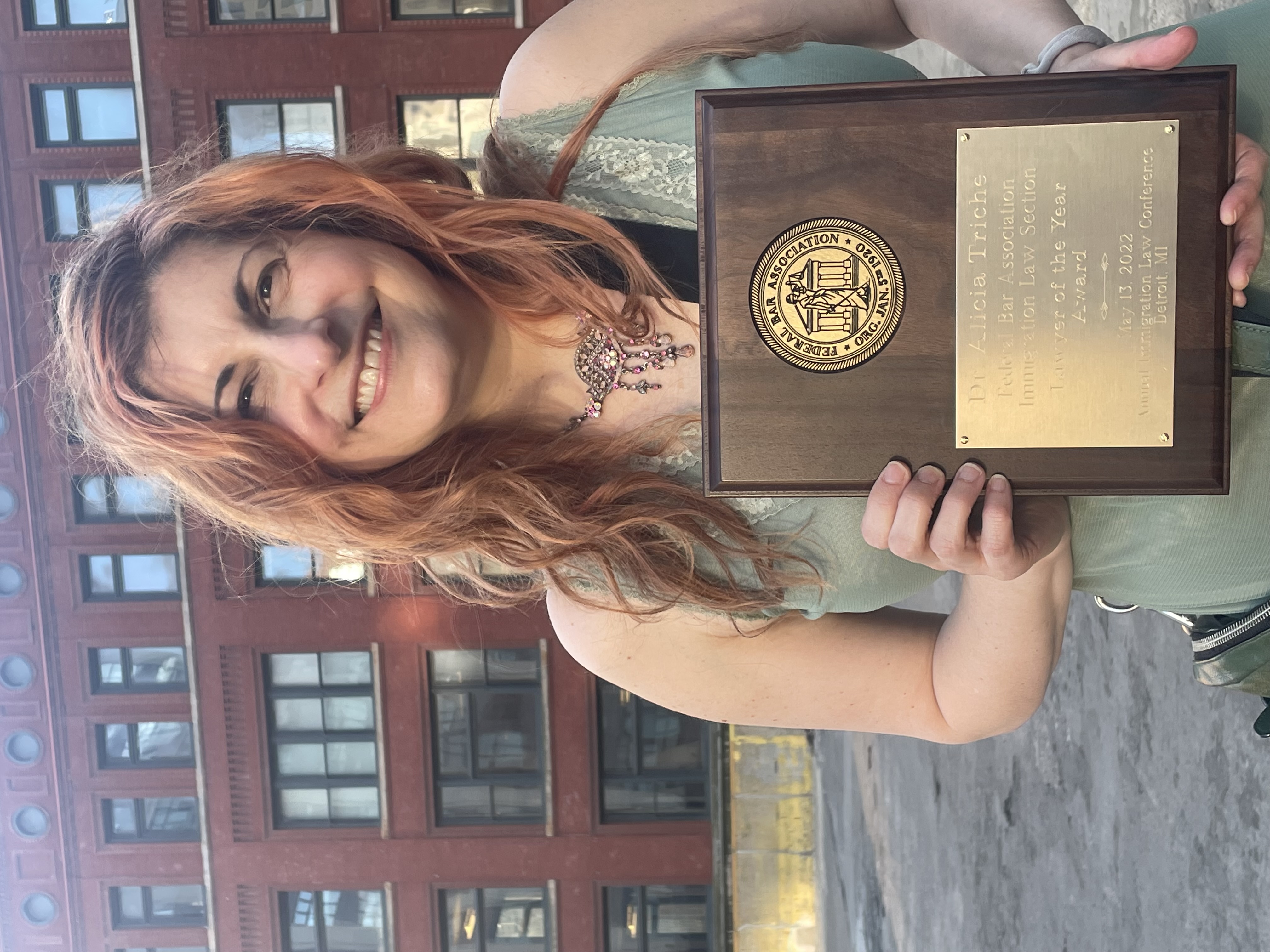 Dr. Alicia Triche is the sole proprietor at Triche Immigration Appeals. She holds extensive academic and practical experience relevant to immigration appeals. In her many years of practice, Dr. Triche has provided legal writing for her own clients, legal organizations, and fellow attorneys. She has written over 600 briefs for parties throughout the United States, including Luke Abrusley Law, LLC in Oakdale, Louisiana; Siskind Susser in Memphis, Tennessee; Keller and Heckman in Washington, DC; and the Office of the Public Defender in Baltimore, Maryland.  In addition to her practical experience. Dr. Triche holds two highly advanced degrees in the field of legal research and international refugee law. In September, 2013, she received her ‘D.Phil.’ in law from the College of Lady Margaret at Oxford University. Her doctoral thesis was titled ‘International Refugee Law and National Security.’ In 2003, on a Fulbright Scholarship, Dr. Triche received the Master of Studies in Legal Research, with distinction. Dr. Triche has recently become chief editor of The Green Card, the official immigration newsletter of the Federal Bar Association. Finally, Dr. Triche teaches immigration law to undergraduate students at the University of Memphis.

Dr. Triche is licensed to practice immigration law throughout the United States as a member of the Maryland Bar, where she was admitted after graduating from George Washington University law school. She is also currently admitted to the Fifth Circuit and Sixth Circuit Courts of Appeals. Since mid-2012, Dr. Triche has maintained a thriving private immigration law office in Memphis, focusing on asylum cases, immigration court defense, and family-based immigration. She is an active member on the governing board of the Immigration Law Section of the Federal Bar Association, and she has taught dozens of continuing legal education panels with fellow attorneys and US immigration judges.

In addition to her private work, Dr. Triche has always been active in the non-profit arena. In 2014, she helped to co-found MidSouth Immigration Advocates, serving as their first Executive Director. Until August, 2012, Dr. Triche served as part-time staff immigration attorney at the Memphis Community Legal Center, where she designed and taught an Immigration Clinic as an adjunct professor at the University of Memphis law school. Dr. Triche frequently authors the ‘Immigration Update’ column for the Federal Lawyer magazine. She has also published articles on the constitutional implications of local immigration law enforcement, ‘divisibility’ in the crimmigration context, and the international law applicable to U.S. detention of asylum seekers. Before attending Oxford, she began her career as a detention attorney with the Catholic Legal Immigration Network (CLINIC) in Oakdale, Louisiana and Los Angeles, California. Ms. Clara Ospina White is a native of Bogota, Colombia, where she studied law and jurisprudence. She has lived in several different countries, including Italy, Colombia and the United States. For several years, she was an active and vital member of the Memphis Latina Community. Now she has relocated with her husband John to Marina del Rey, California.

The Executive Office for Immigration Review (EOIR) does not release public statistics on the percentage of appeals that are granted or denied. However, as of early 2017, the best available information indicates the success rate is definitely lower than 50% – perhaps even much lower. With odds that are so difficult, it is extremely important to hire an appellate attorney who is demonstrably experienced and competent.

Here are some notable success stories from Dr. Triche’s appellate work. It is important to note that every case is different, and a past record of victories must not be construed as an assurance of a favorable result in any individual case. MD R. Attorneys 19-307.1, cmt. 2 (Westlaw 2017).

Names in these stories have been altered to protect the privacy of the clients. 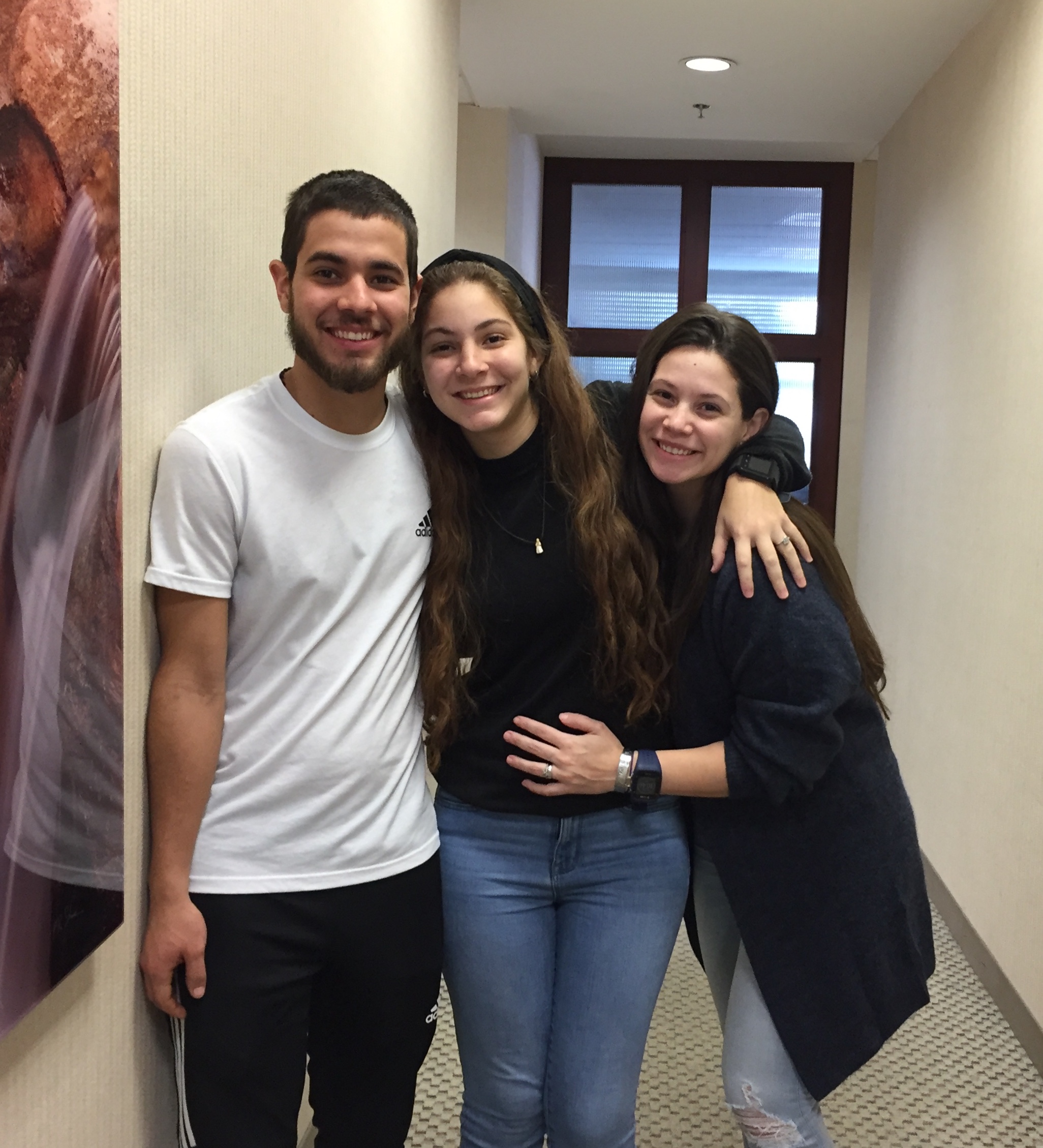 In 2018, Dr. Triche’s legal writing helped contribute to numerous successes around the country.  Here are some of the highlights.

BIA Appeal: A mid-south DACA recipient received a grant of cancellation of removal from a US immigration court.  DHS/ICE challenged this victory, but due to his strong family ties and rehabilitation after past mistakes, the young adult was able to have his court victory upheld.

Published Fifth Circuit Decision:  In 2018, Luke Abrusley Law, LLC won a major victory with the published decision Lopez-Ventura v. Sessions, 907 F.3d 306 (5th Cir. 2018).  The Fifth Circuit ruled that the definition of “controlled substance” at I.N.A. § 212(a)(2)(A)(i)(II) could not be applied retroactively to a non-citizen if the drug at issue was not on the federal schedules at the time of his possession.

Next, the judge had ruled that, even in combination, no “exceptional and extremely unusual hardship” would be experienced by Mr. R’s numerous U.S. citizen step-daughters if he was deported. Due to Dr. Triche’s appellate brief, the BIA “sustained” the appeal and “remanded” the case back to immigration court for background checks. Mr. R was eventually awarded his green card. He now lives in Tennessee, where he continues to be there for his many step-daughters.

First Victory on Appeal for a Refugee Dr. Triche demonstrates how Judge Duck “looks through” her briefs at an asylum law conference in Washington, D.C.

Dr. Triche’s first appellate victory was a grant of “withholding of removal” under the U.S. Immigration and Nationality Act § 241(b)(3). Mr. P was a Sudanese man being detained for removal in Oakdale, Louisiana in the late 1990s. At the time his persecution occurred, Sudan was one country, and Mr. P had worked there in a United Nations Refugee Camp. It was a time of great civil unrest, and besides working for the United Nations, Mr. P. was also the wrong religion (Christian). He was therefore presumed to be an enemy by the “SPLA”. Soldiers invaded his home, captured him, and threw him into a tiny cage, where he crouched for weeks.

They beat him to a pulp, then threw water in his cell. Rats gnawed at his wounds. He drifted in and out of consciousness. Despite this experience, the Oakdale judge ruled that Mr. P. had not demonstrated persecution “on account of” his political opinion under I.N.A. § 101(a)(42), which is the U.S. definition of “refugee.” On appeal, the BIA agreed that Mr. P. had, in fact, shown past persecution on account of his political opinion. Mr. P. was released from detention with a “withholding” promise, which is a form of refugee protection.

Dr. Triche was privileged to make an of counsel contribution in the case Leocal v. Ashcroft, in which the U.S. Supreme Court unanimously ruled on that a Florida DUI was not a “crime of violence” aggravated felony under I.N.A. § 101(a)(43)(F). The official report of the Supreme Court decision is available here.

Dr. Triche was involved with the amicus brief provided by the Midwest Immigrant and Human Rights Center, where she is listed as an “of counsel” advisor.

Who is Eligible for Venezualan TPS?

March 9, 2021, President Biden’s administration declared Venezuela as a country subject to “Temporary Protected Status” [TPS], a designation that lasts until September 9, 2022. This post details the criteria a Venezuelan applicant must meet in order to qualify for TPS status.

END_OF_DOCUMENT_TOKEN_TO_BE_REPLACED 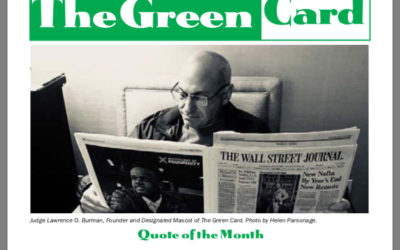 As volunteer Editor in Chief, I am pleased to provide this unofficial link to the Fall 2020 Green Card--the official newsletter of the Federal Bar Association's Immigration Law Section.  As we went to press with this issue, the outcome of the Presidential election was...

END_OF_DOCUMENT_TOKEN_TO_BE_REPLACED

I am pleased to announce the Federal Bar Association's Immigration Law Section has just published its Summer 2020 Section Newsletter, The Green Card.  I am honored to be the volunteer Editor, and also grateful for the FBA's expert layout assistance. Like many other...

END_OF_DOCUMENT_TOKEN_TO_BE_REPLACED 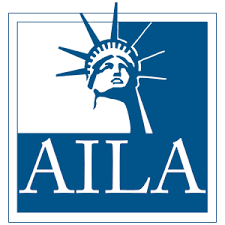 On the last day of 2019, two important organizations joined in TIA’s Fifth Circuit challenge to Matter of Mendoza-Hernandez and Capula-Cortes, 27 I&N Dec. 520 (BIA 2019).  The American Immigration Lawyer’s association (AILA) and the group of retired...

END_OF_DOCUMENT_TOKEN_TO_BE_REPLACED 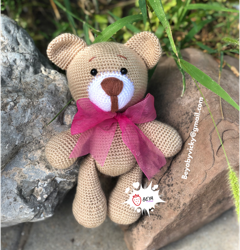 (Ms. Vicky Chavez-Fino crocheted this teddy bear during her time in Sanctuary at First Unitarian Church of Salt Lake City. Crochet-art has become her main method of coping with extra time on her hands during sanctuary.) UPDATE: As of October 23, 2019, ICE has...

END_OF_DOCUMENT_TOKEN_TO_BE_REPLACED

Triche Immigration Appeals is delighted to announce the placement of Mr. Colton S. Bane as our new Law Clerk.  Mr. Bane is a native of Dyersburg, Tennessee who comes to us directly from Memphis Immigration Court.

END_OF_DOCUMENT_TOKEN_TO_BE_REPLACED

Yesterday, attorney Ben Winograd and I had the pleasure of being panelists on the FBA's Immigration Law Section's webinar "BIA Appeals, Do's and Don'ts." We had a wonderful turnout; over 150 participants tuned-in. Sponsored by the ILS Younger Lawyers Division, this...

END_OF_DOCUMENT_TOKEN_TO_BE_REPLACED 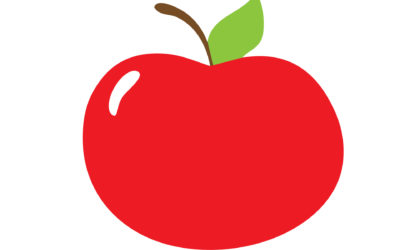 In May of 2018, I published an Immigration Update column strongly objecting to a recent decision by the Board of Immigration Appeals.  In a striking development, the BIA had issued carte blanche for ICE to keep prosecuting the same alleged aggravated felony...

END_OF_DOCUMENT_TOKEN_TO_BE_REPLACED 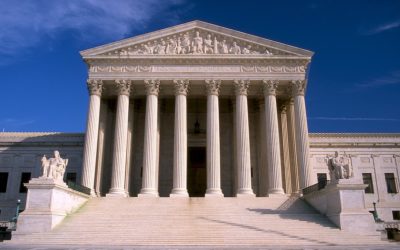 Petition for Writ of Certiorari filed in US Supreme Court

UPDATE: Although certiorari was denied in Gutierrez, Brian Goldman and Orrick did take this issue to the Supreme Court eventually, with Pereida v. Barr, later renamed Pereida v Wilkinson. Oral arguments were October 14, 2020, and the transcript of those arguments is...